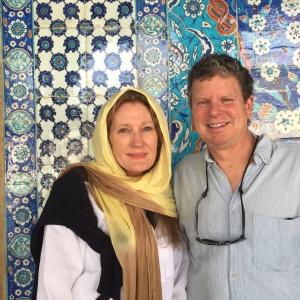 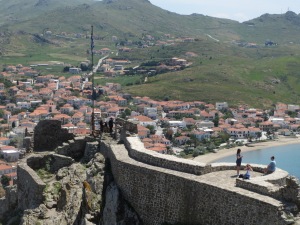 The island of Nisos Limnos, Greece
I could  not do it.  Too narrow  of a trail ahead. This picture is of me taken by Kip from the top where the Citadel was located. 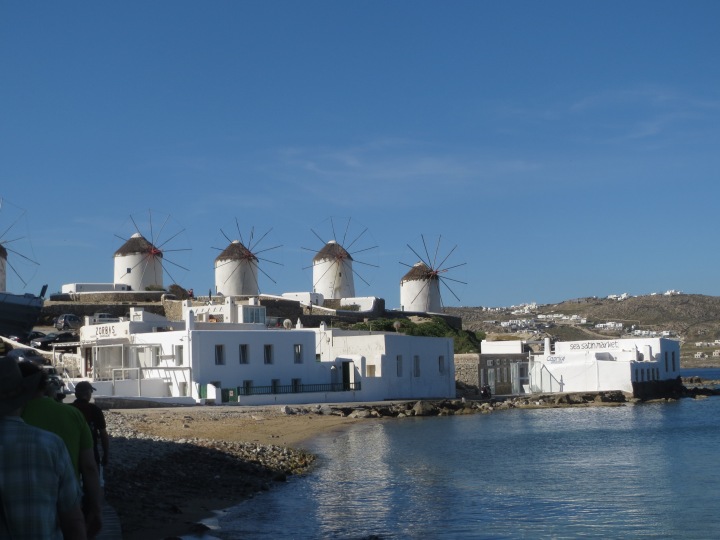 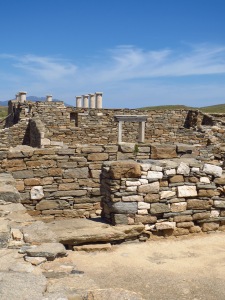 The island of Mykonos, Greece

The Island of Delos: Birthplace of  Apollo and his twin sister Artemis 3000 BC. We walked their sanctuary dated back to 3000 BC.

Kusadasi, Turkey
The city of Ephesus: honeymoon playground of Anthony and Cleopatra.  Most of this city was unearthed and reconstructed.

We walked hundreds of stairs to be above  and enjoy these homes of the elite: discovered and excavated in the hills that surround the ruins of Ephesus. 1st Century AD

The island of  Patmos, Greece
Home of the Monastery of St. John

The island of Rhodes , Greece

The Acropolis of Lindos: An Acropolis is what we call a Fort.  It was built on the highest peak of the island and its purpose: to protect. All of our visits included hundreds of steps to reach these massive settlements.

Donkeys were often available to make the treks up into the Acropolis. 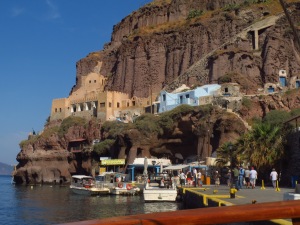 Thira: The island of Santorini, Greece
The “Wild” island…where people play.  We were getting a little too tired…

I am a creative spirit, an old soul and an instigator. My introverted tendencies instigate me to actively seek and explore outside of my comfort zone. It defines me... My favorite joy's are twofold: to create something from nothing....and to look at what is...seeing what could be. I call it creative instigation.

…the spirit of Christmas II